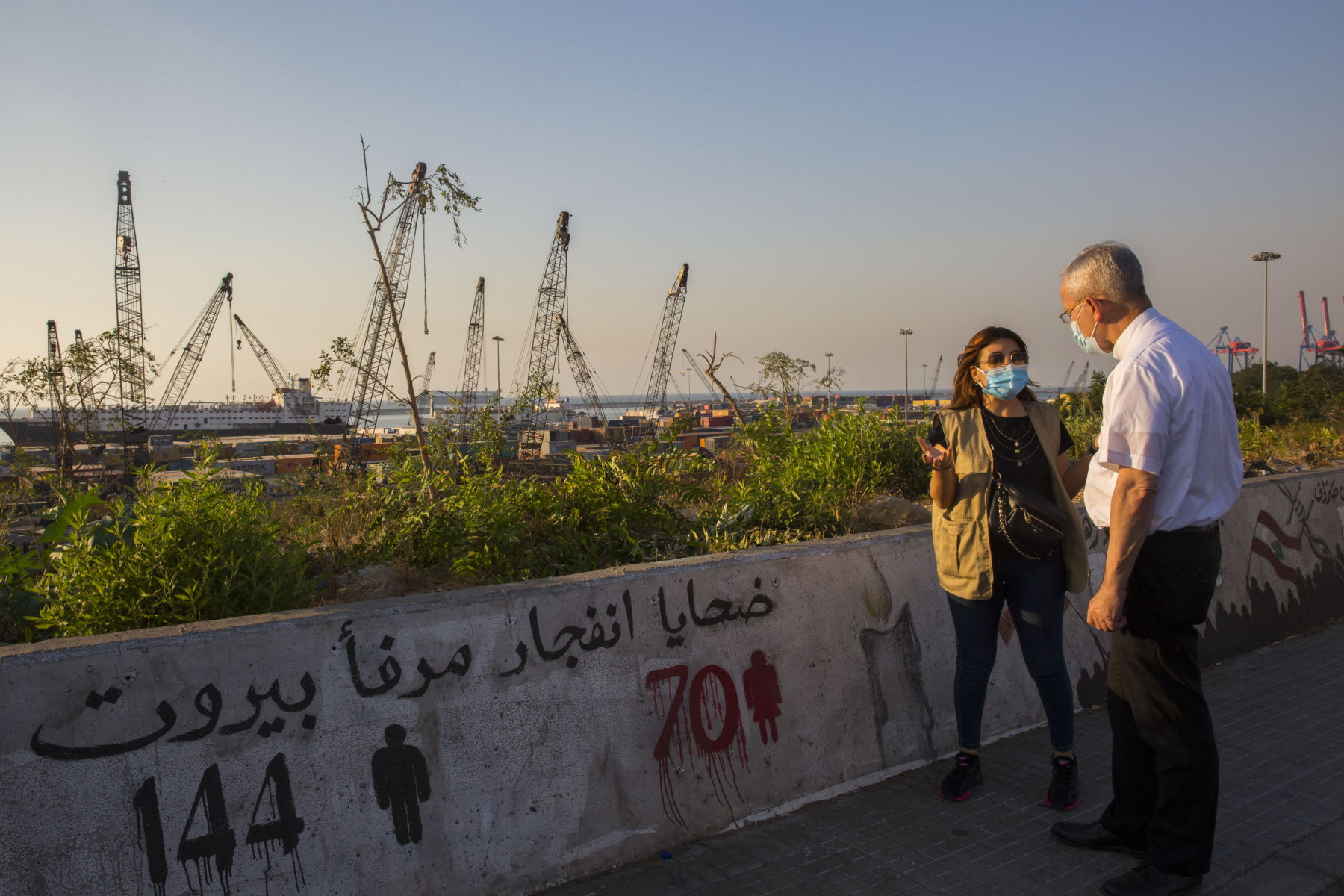 CNEWA is pleased to be participating again in the CFC

The Combined Federal Campaign (CFC), the workplace giving program of the federal government of the United States is one of the largest and most successful workplace fundraising campaigns in the world. We invite federal employees, those in military service and retirees to support CNEWA and help the poor, the hungry and the suffering in so many corners of our world. CFC donors can make a difference, providing help in the lives of people in need through payroll deductions. Retirees can make a positive impact by making a pledge through their payroll annuity.

CNEWA extends a warm welcome to federal employees, the military and retirees. Your support provides help to those most in need throughout the regions we serve in the Middle East, Eastern Europe, Northern Africa and India.

This is a chance to help change the world through a simple act — and this year, in a special way, to change the lives of the suffering people of Ukraine.

We invite you to join our effort to bring urgently needed help to the men, women and children fleeing violence and war.

For nearly a century, CNEWA has accompanied the Eastern churches in hard-to-reach places, serving the poorest of the poor. When disaster strikes, we are there — and we stay. The key to our successes and effectiveness is being on the ground. We help identify and provide solutions where limited resources and overwhelming need collide. Your contributions through the CFC will provide shelter, food, education and hope to the most vulnerable individuals — not only in Ukraine, but in the historic homelands of the churches of the East.

With six regional offices located in the countries we serve, CNEWA has “boots on the ground” who live and work among the very people served by our organization.

Whether you are returning or pledging for the first time, participation in the CFC is a great way to extend that spirit of service, as the funds raised help those who need it most. Did you know that new legislation in 2020 allows taxpayers to deduct $300 ($600 for married couples) for qualifying charitable donations even when taking the standard deduction? Additionally, if you need to make a required minimum distribution from your retirement account you can give to CNEWA through the CFC.