Planning stories for our magazine has been one of my favorite activities since I joined CNEWA in 1989. The magazine has a broad mandate: to educate our audience (chiefly Roman Catholics in the West) about the churches, cultures, histories and peoples of the East. As a result, I’ve had the pleasure of meeting many interesting people, authorities and journalists, whose interests extend from canon law to the arts.

Since 1993, Jacqueline Ruyak has graced our pages with stories gathered from obscure communities in Central Europe. I’ll never forget her first letter (years before email), sent from her remote home in northern Japan. She introduced herself and her interest in the people and the folk art of Central Europe, and would I be interested in discussing some story ideas from her next visit to Slovakia. It was handwritten, and dashed off as if in great haste, which would become her sign off on all correspondence that followed: “In haste, Jacqueline.” She intrigued me, and our first meeting — over copious cups of hot green tea — resembled what would become a fruitful and fun 20-year partnership.

No matter how inaccessible the village, or misunderstood the subject, Jacqueline was eager to take it on. She wrote about Hungary’s Greek Catholic gypsies (or Roma), and profiled the first Roma seminarian. She toured Slovakia’s Greek Catholic wooden churches, documenting a lost art and culture. She met with makers of Easter eggs — pysanky in Ukraine and kraslice in Slovakia — bakers and wire artisans, or tinkers. A vegetarian, she nevertheless wrote (and ate) about pork specialties as well as Ruthenian Lenten food specialties, providing recipes and anecdotes from a few kitchens in eastern Pennsylvania and eastern Slovakia. She profiled Greek Catholic village life and devotions, documenting a way of life that as we speak is disappearing.

Last week, our team here learned of the death of Jacqueline. She had left Japan some years ago and moved back to her eastern Pennsylvania homestead, where she died at the age of 65. Her death has left a hole in our hearts and in our pages: Who will run off to Kingston for that Rusyn nut roll recipe? Who will dash off to Hungary to profile that Serbian bishop? Who will spend all those hours with the village babushka, learning the secrets of pysanky or rolling out peroghi dough?

Jacqueline Ruyak was a unique gem, and she left us “in haste.” Requiescat in Pace. 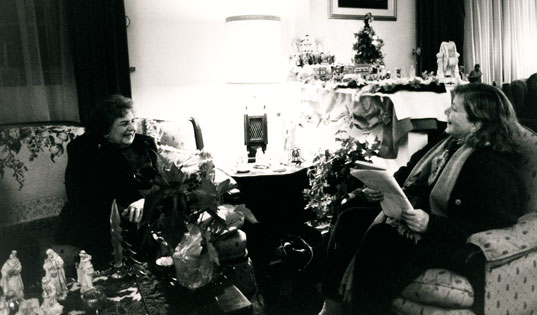